The Parasitoid Wasps, often referred to as “Parasitica” or “Apocrita,” represent a diverse group of Hymenopterans, including several species-rich groups, such as the Superfamily Chalcidoidea with over 500,000 taxa, as well as perhaps the most species-rich animal family known, the Ichneumonidae with an estimated 100,000 taxa worldwide.  Parasitoidism evolved early in the Hymenopterans, over 250 million years ago during the Permian period.  These early ancestors gave rise to the diversity of lifestyles and morphologies now found through the Order, for example the Stinging Wasps (Aculeata), Ants (Formicidae), Bees and Sphecoid Wasps (Apoidea).  It was the evolution of a stinger that led to the great diversity of wasps, bees, and other stinging hymenopterans that most people associate with this Order.  The ovipositor evolved into a stinger that is used to deliver venom, rather than lay eggs, thus giving these stinging insects a new weapon to protect themselves.  The Stinging Wasps includes many diverse groups such as the Vespidae, which are predatory wasps (Vespidae), and the superfamily Chrysidoidea, all of which are parasitoids or cleptoparasitic.

All taxa on this list are represented by a specimen; most are housed in the GMDRC museum collection or at the UC Riverside Entomology Museum. Each scientific name is linked to a profile page on the Iowa State University BugGuide. To learn more about the species, click on the double arrow (⇒) to the right of the scientific name; this will take you to the Encyclopedia of Life website where you can explore range maps and photos of live or pinned specimens. This list can be downloaded as a pdf (coming soon!). 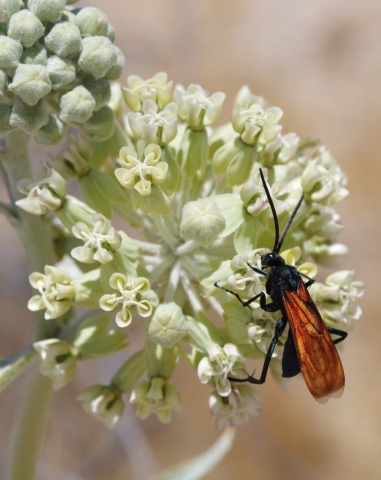 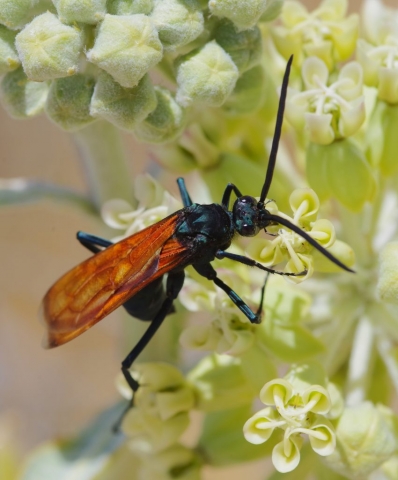 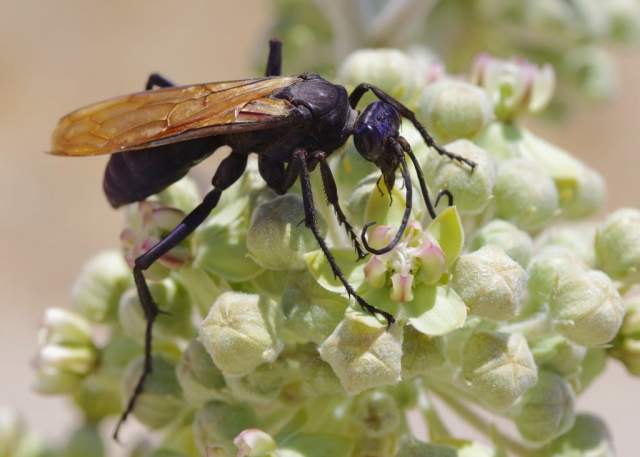 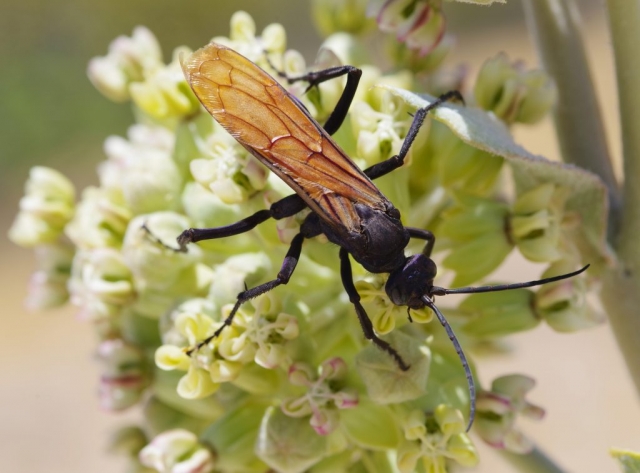 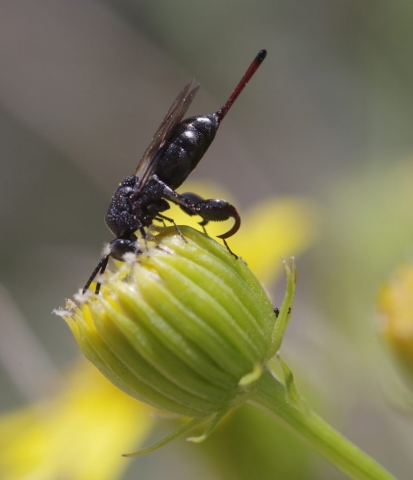 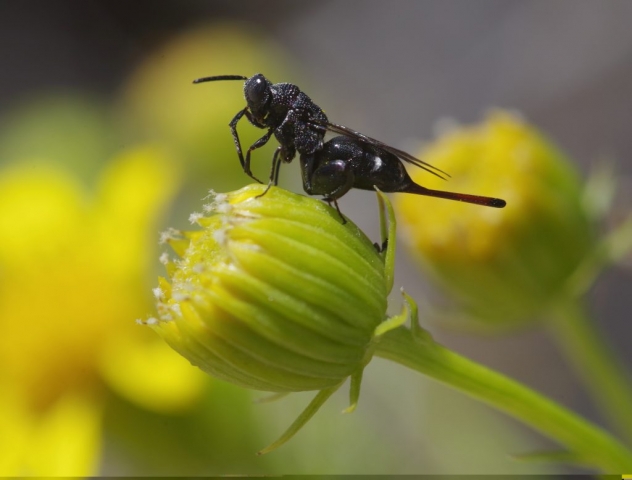